2017 Preview: What to expect in Liverpool

Let’s get 2016 out of the way first, as it wasn’t a great year. We lost legends of both music and film, Brexit and President Trump happened, England was embarrassed in the Euro’s and the less said about Toblerone’s the better!

But as the good people over at Independent Liverpool quite rightly pointed out, there was one shining light in 2016 – the city of Liverpool.

While 2016 was doing it’s best to be the “worst year ever”, Liverpool made sure that 2016 would be a year to remember for all the right reasons!

The city played host to a plethora of wonderful events during 2016 which helped solidify our position as one Europe’s most attractive cities.

From innovative and thought-provoking cultural events like Liverpool Biennial or LightNight to amazing music festivals such as Liverpool Sound City, LIMF and International Beatleweek – Liverpool was arguably the culture vulture’s destination of choice in 2016! 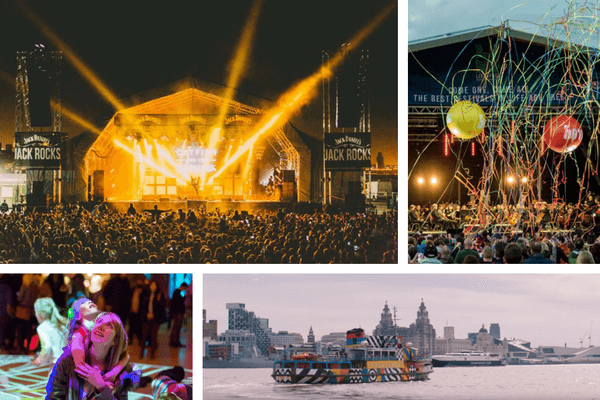 Our fair city boasted an enviable selection of events, with each month looking better than the rest. So it came to the surprise of no one that Liverpool was named as the 3rd best destination to visit in the UK by TripAdvisor.

There were few better cities to enjoy a city break in 2016 as much as you could in Liverpool. Which is why we can’t wait for 2017 to do one better!

As always, BASE Serviced Apartments will be continuing with our regular monthly previews throughout the year. However, we’d like to kick off the new year with a quick preview of what’s to come during 2017 (so you can mark all the best events down in your diary!): 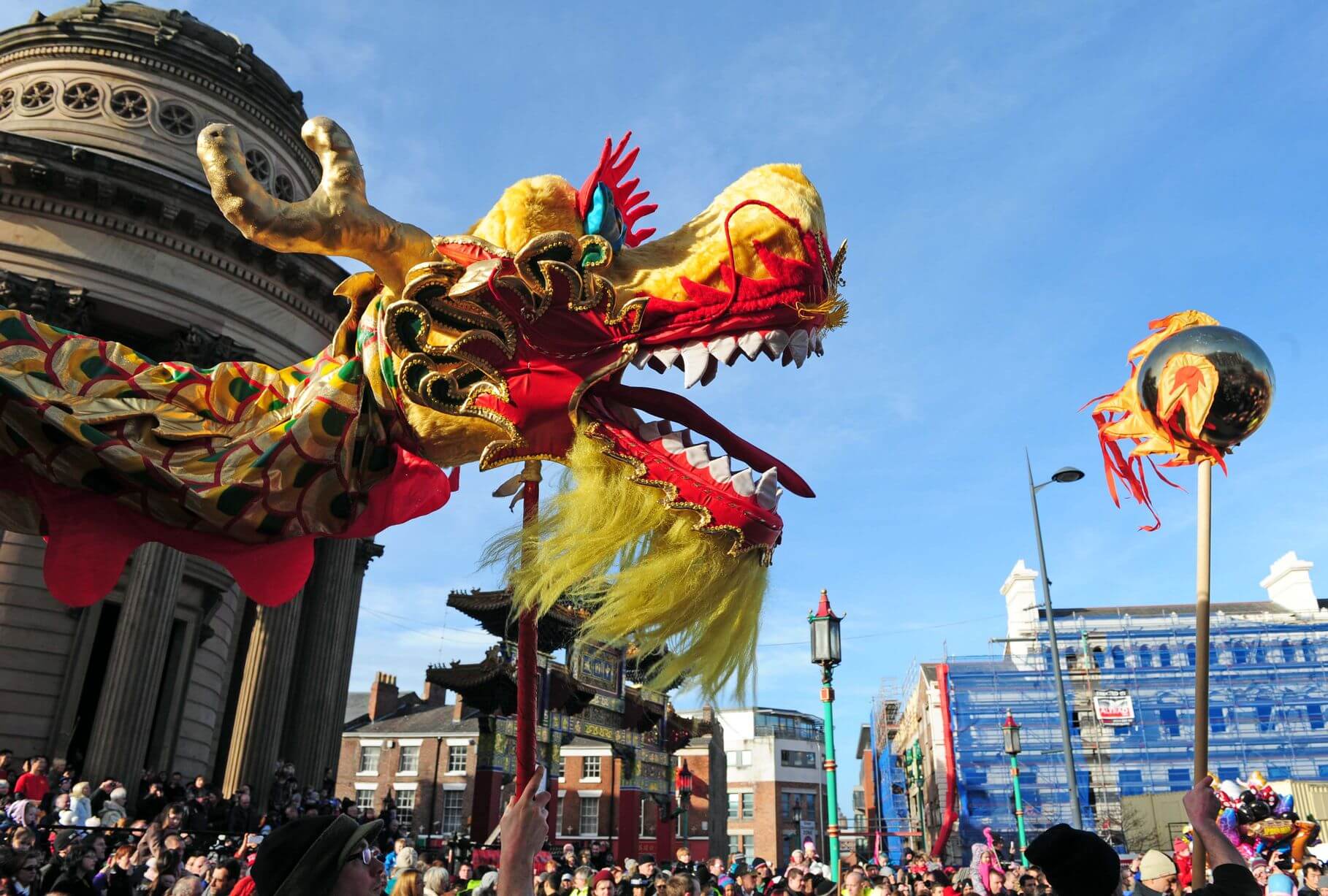 Liverpool’s annual Chinese New Year celebrations are always quite the spectacle, considering how we have the oldest Chinese community outside of Europe.

This year, it’s the “Year of the Rooster“. Who needs San Diego, when you can get your geek on in Liverpool!

If you’re a fan of movies, comics, video games, sci-fi, anime or cosplay, be sure not to miss MCM Comic Con – the UK’s biggest celebration of modern pop culture.

Experience everything from a Comic Village and eSports competitions to a Cosplay Masquerade and the chance to meet very special guests! 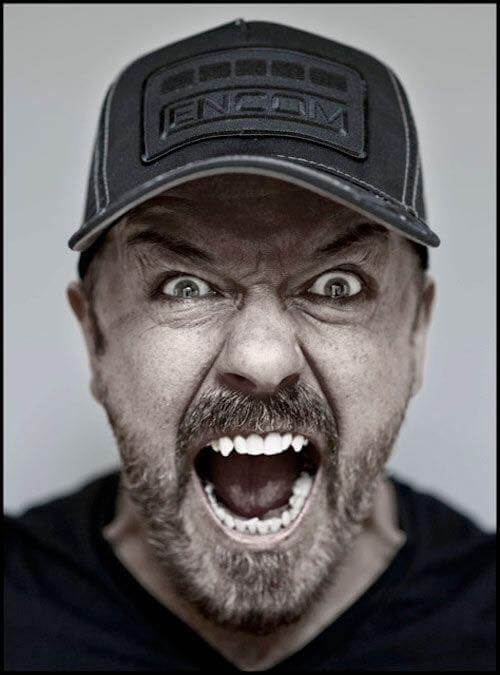 Ricky Gervais is returning to stage with “Humanity” – his first stand-up tour in seven years.

Considered one of the most influential British comedians since Charlie Chaplin, the creator and start of The Office has won three Golden Globes, two Primetime Emmy Awards and seven BAFTA’s 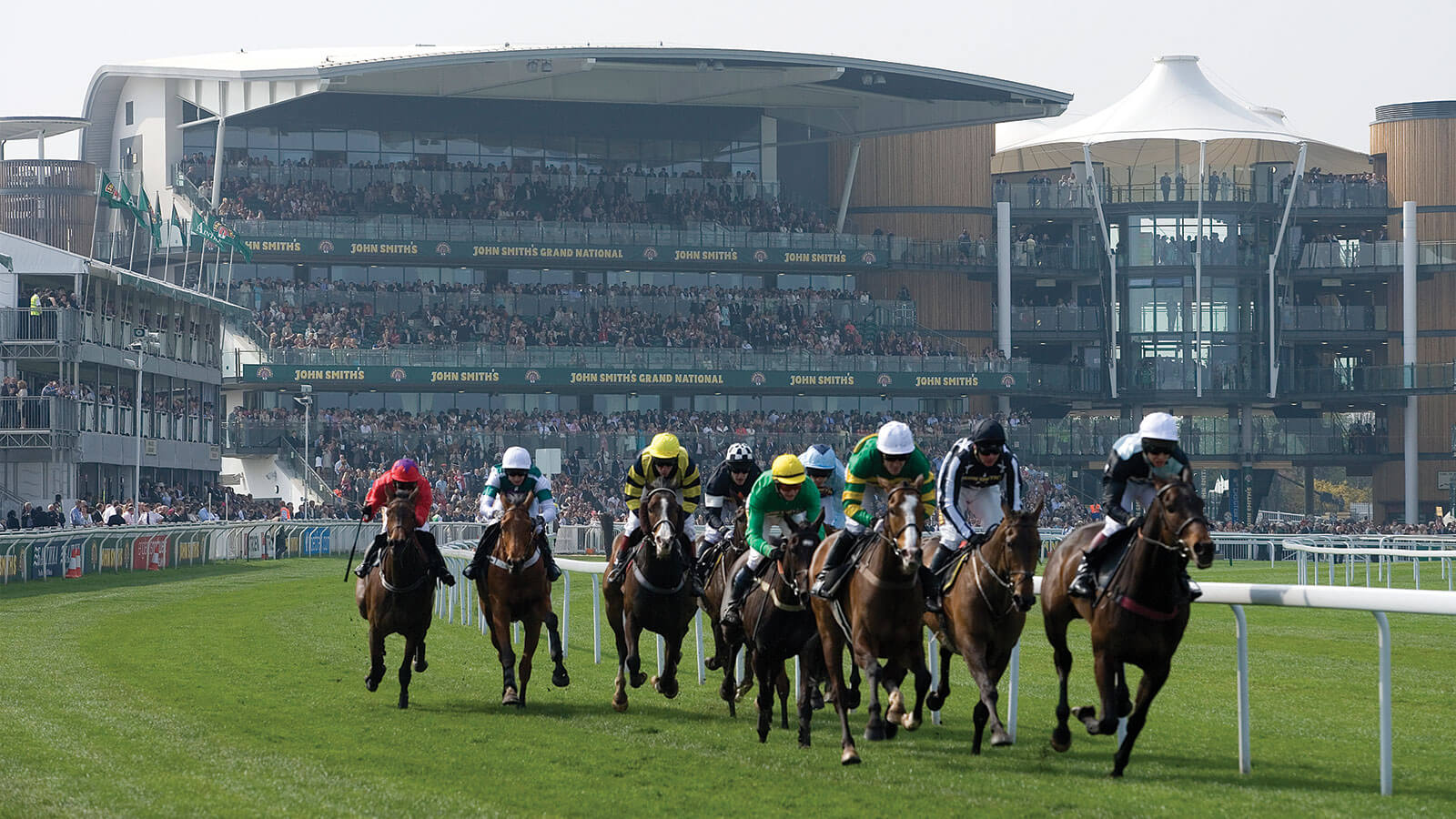 The world’s most famous Steeplechase, it can only be The Grand National!

Held annually at Aintree Racecourse, the National is a prominent event within British culture and receives a staggering 600 million viewers worldwide.

Check out BASE Serviced Apartments guide for the Grand National, should you want to learn more. 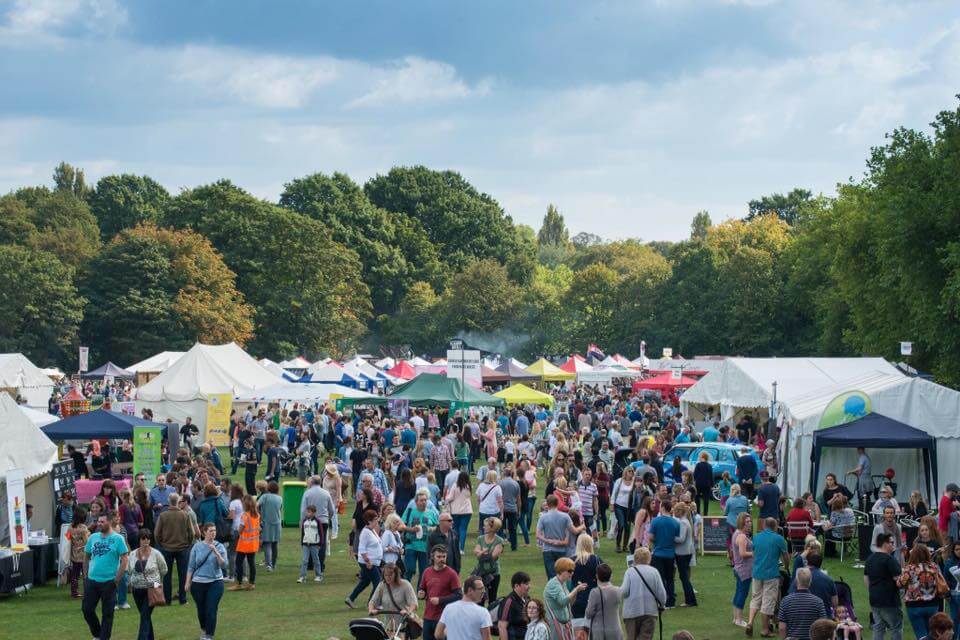 Returning for another year is Liverpool Food, Drink and Lifestyle Spring Festival!

Celebrating the awakening of spring, this foodies paradise will once again showcase the very best in Liverpool’s thriving Independent scene.

This year’s event includes a much wider lifestyle offer, with zones dedicated not only to food and drink but homes, gardening, craft and even focusing on body and mind.

Check out what BASE had to say about last year’s festival.

Bob Dylan And His Band

2017 will be your final chance to see Bob Dylan live – one of the most important figures in pop-culture history!

Bob Dylan, one of the 20th century’s most influential singer-songwriters, will bring his band to Liverpool Echo Arena this upcoming spring. 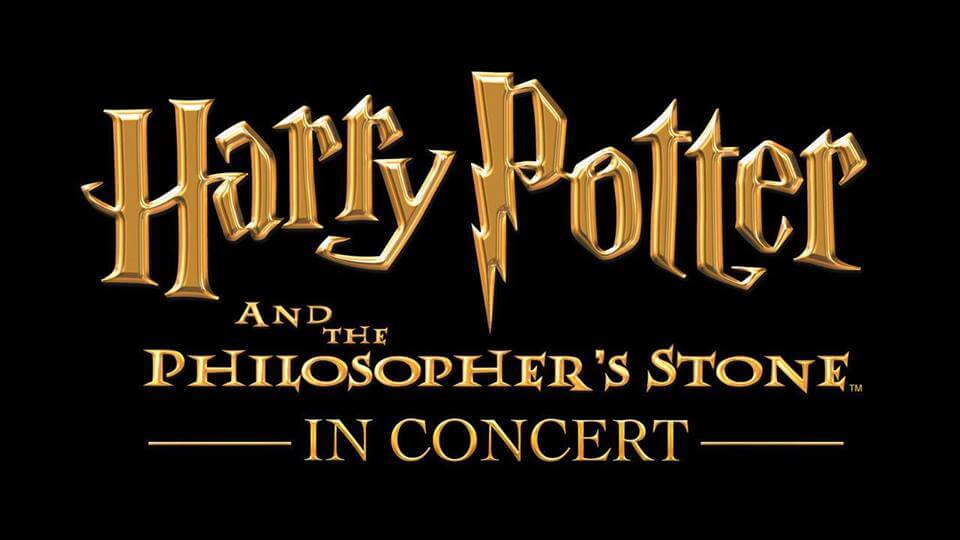 You can enjoy many great events at Liverpool Echo Arena during 2017, but none will be quite as magical as this!

Audiences will get to relive the magic of Harry Potter and The Philosopher’s Stone in high definition on a giant screen while hearing a full live orchestra perform John Williams’ unforgettable score.

Be swept away in this sparkling display of live music and film and follow the adventures of Harry and his friends once more. 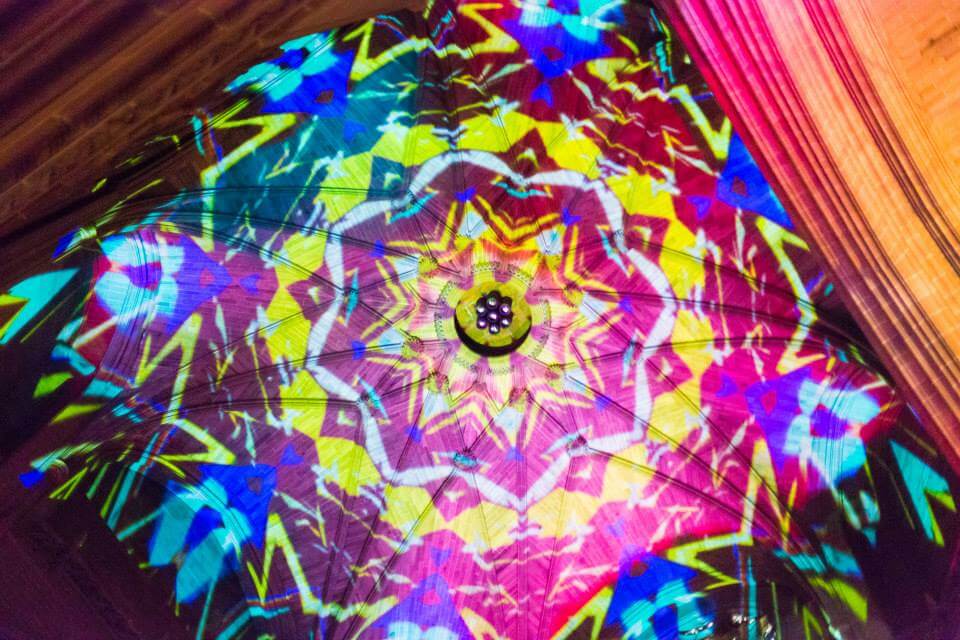 LightNight, Liverpool’s one-night arts and culture festival will return for 2017!

Explore an illuminated Liverpool as our world-class galleries, museums and public spaces stay open late for a free showcase of the city’s arts and culture.

Check out our guide to 2016’s LightNight. 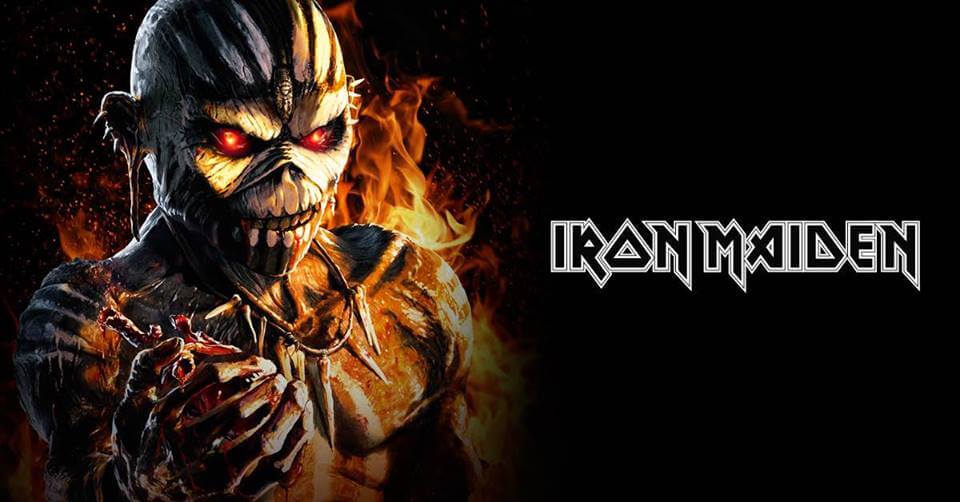 Heavy Metal legends Iron Maiden will be playing their first live show in Liverpool since 1990!

Continuing their hugely successful “The Book of Souls World Tour” into 2017, Maiden will be playing a series of UK dates including a stop at Liverpool Echo Arena this upcoming spring. The boys from Take That are heading back to Liverpool Echo Arena in 2017!

For the first time ever; Gary, Mark and Howard will be giving the fans a truly unique and memorable experience this spring with a stage set in the centre of the arena floor.

Tickets for both dates are available to purchase online. 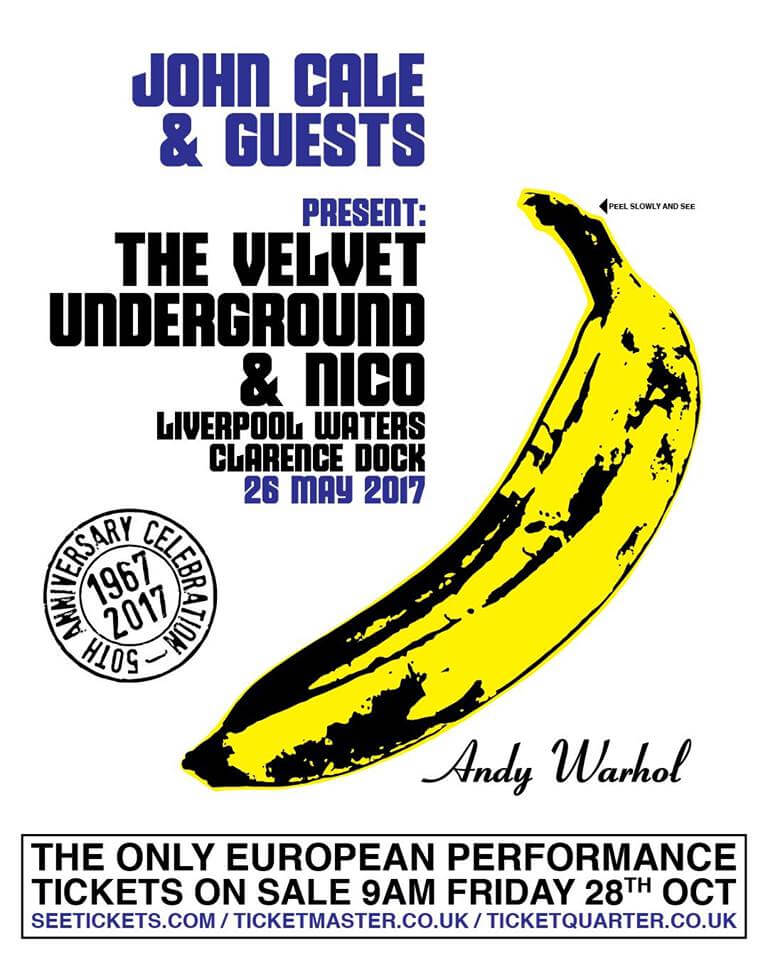 2017 marks the 50th anniversary of the iconic album “The Velvet Underground and Nico”.

To celebrate, co-founder John Cale will be performing the album in its entirety and has personally selected Liverpool as his only European show!

This event is part of 67-17: 50 Summers of Love; a season of events and performances in Liverpool inspired by the golden anniversary of the Summer of Love between May and August. 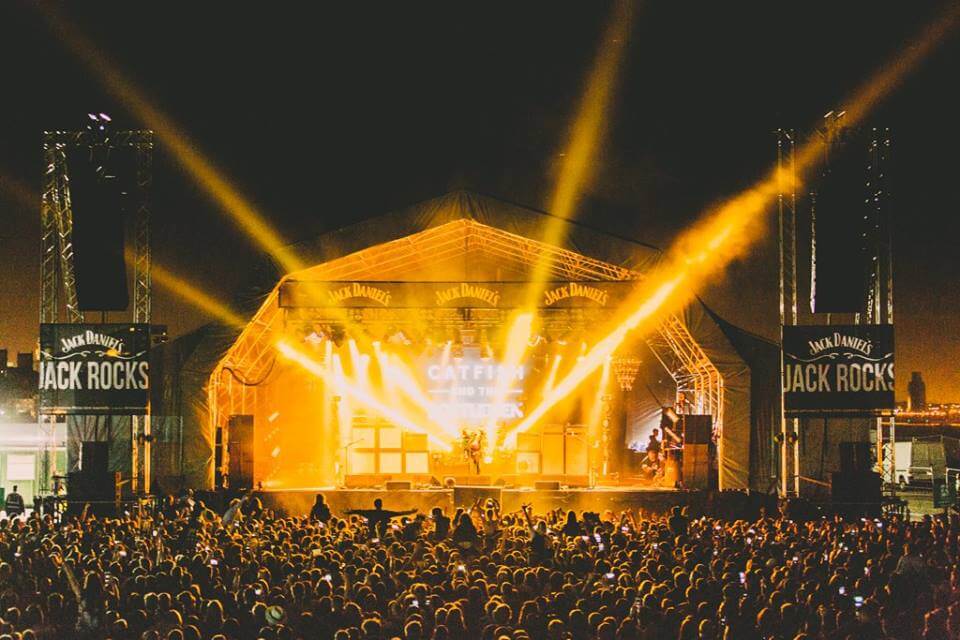 Liverpool Sound City is an unrivalled festival of incredible live music and arts, showcasing the city as the cultural core of the UK.

Since its inception in 2008, Liverpool Sound City has grown into one of the most important and well-respected cultural events in the UK.

Known as the ‘first music festival of the year’, Sound City sets the standard for all music festivals to follow by bringing the very best breakthrough acts and major names before anyone else.

Check out what we had to say about Liverpool Sound City 2016. 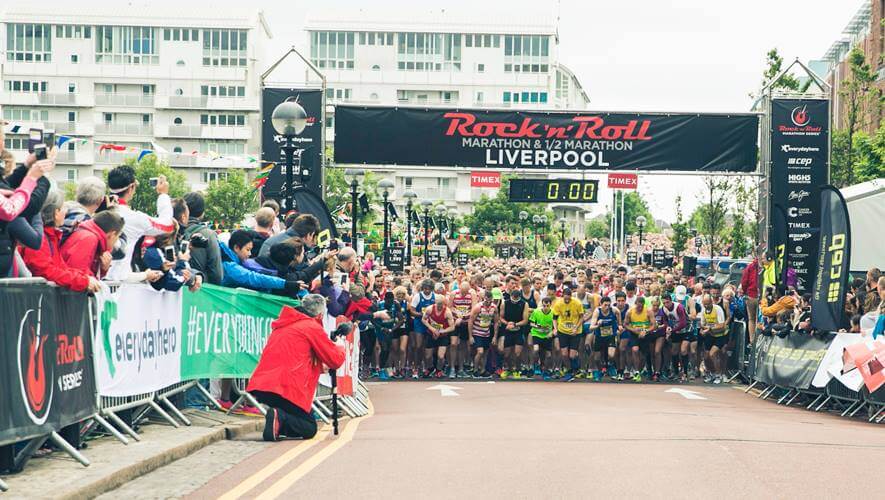 The hugely popular Rock ‘N’ Roll Marathon will be returning to Liverpool in 2017!

Billed as the “World’s Largest Running Series” with more than 500,000 people taking part across 30 different cities across the globe, the 2017 edition will no doubt prove popular once again. 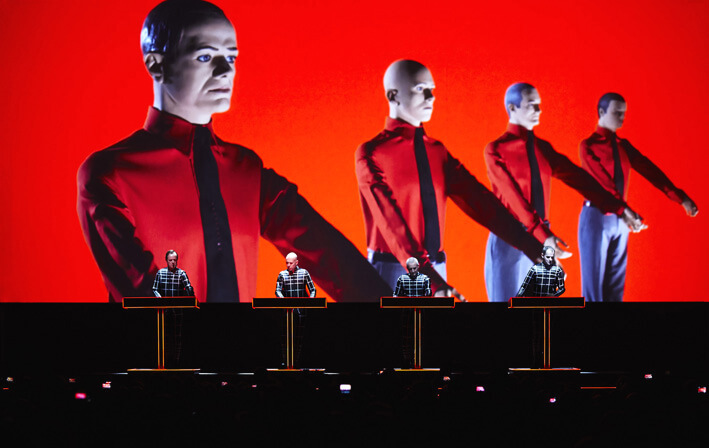 While this may have already sold out, it’s such an anticipated performance we have to include it!

Bringing together music and performance art, Kraftwerk 3-D concerts are a true “Gesamtkunstwerk” – a total work of art. 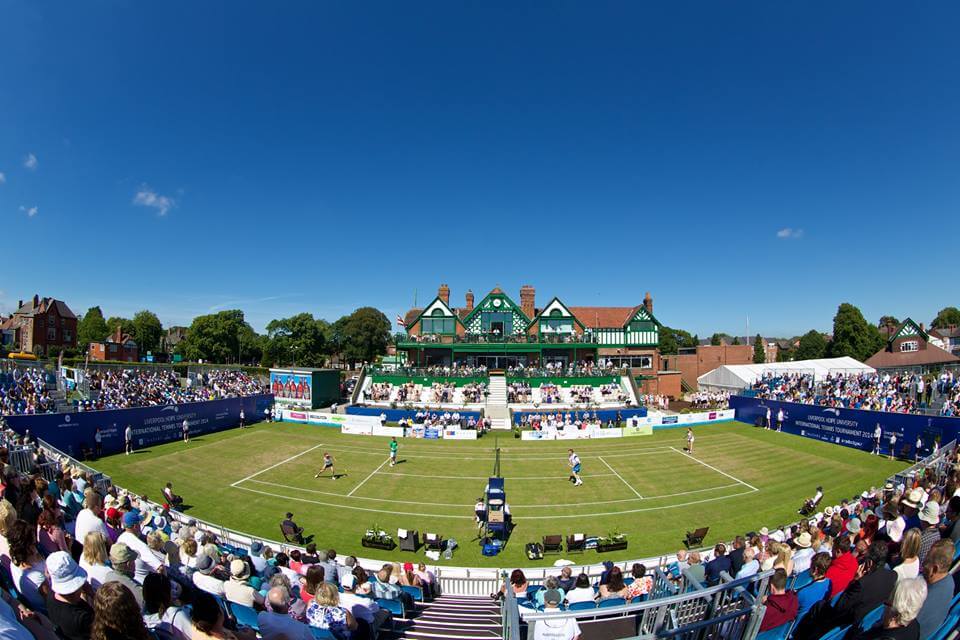 The 16th Edition of the Liverpool Hope University International Tennis Tournament will take place in June 2017.

The International has become the longest running and largest tennis exhibition in Europe. Since 2002, it has introduced up and coming and established WTA and ATP players and also features the ever popular Legends of Tennis.

Africa Oyé is the largest free celebration of African and Caribbean music in the UK, which takes place annually right here in Liverpool.

Once again taking up residence in it’s Sefton Park home, Africa Oyé highlights the wonderful range of cultures, music, artists and cuisine that makes the continent one of the world’s most inspiring.

The festival is a showcase of both new and established African and Caribbean artists, as well as celebrating different aspects of the same cultures. 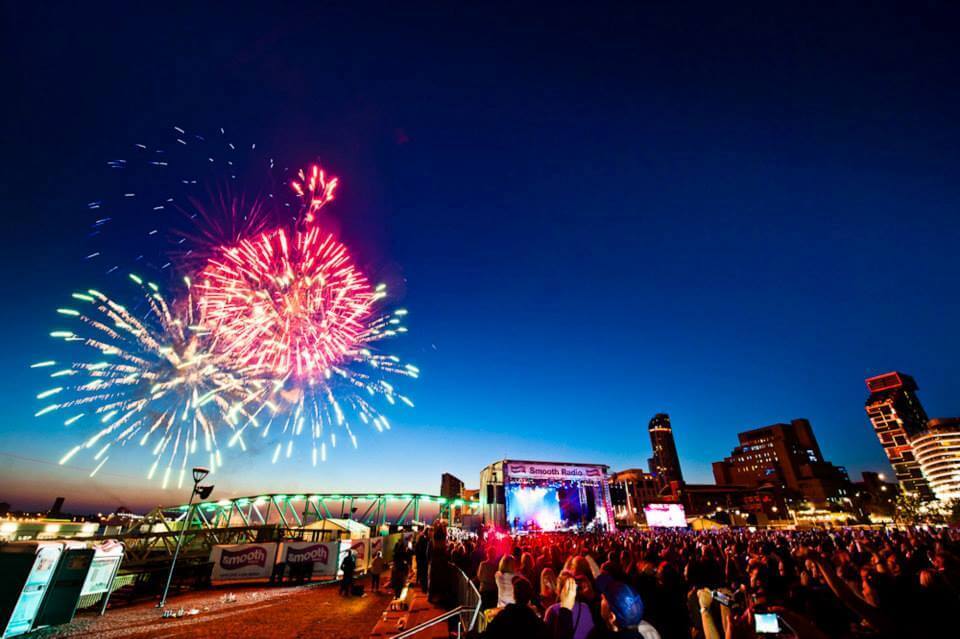 The International Mersey River Festival is a celebration of Liverpool’s wonderful and historic waterfront in a three-day extravaganza of family fun, amazing music and entertainment.

In addition, there will also be live music from some famous faces, to be confirmed. 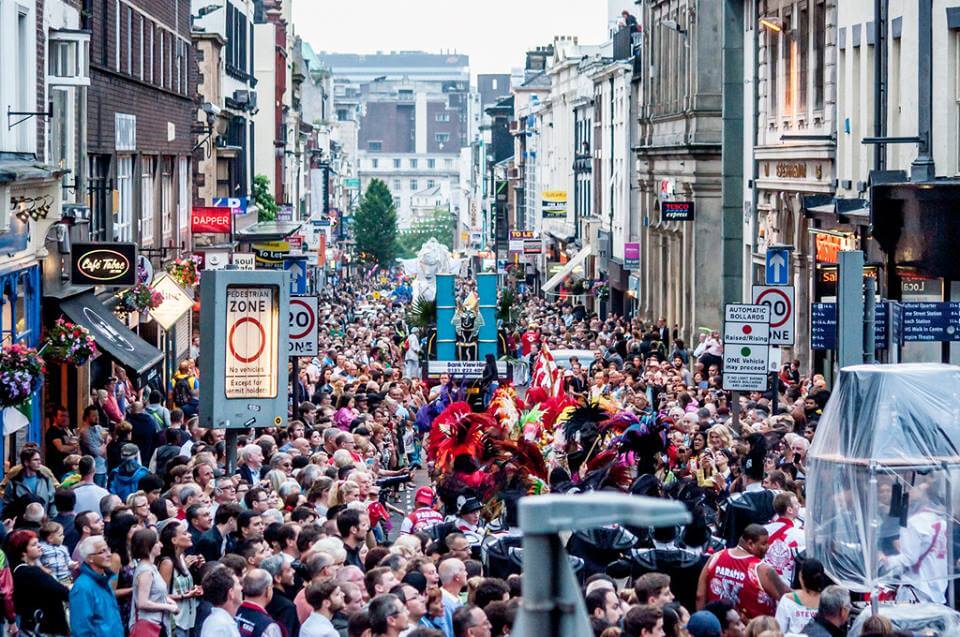 The increasingly popular annual Brazilica Festival returns for 2017 and will once again cover the city in colour!

A packed programme of events will lead up to the main Carnival Day – the festival promises to be an exuberant affair with an abundance of sights, sounds and tastes of Brazil.

Further announcements will be made when entertainment and activities are confirmed. 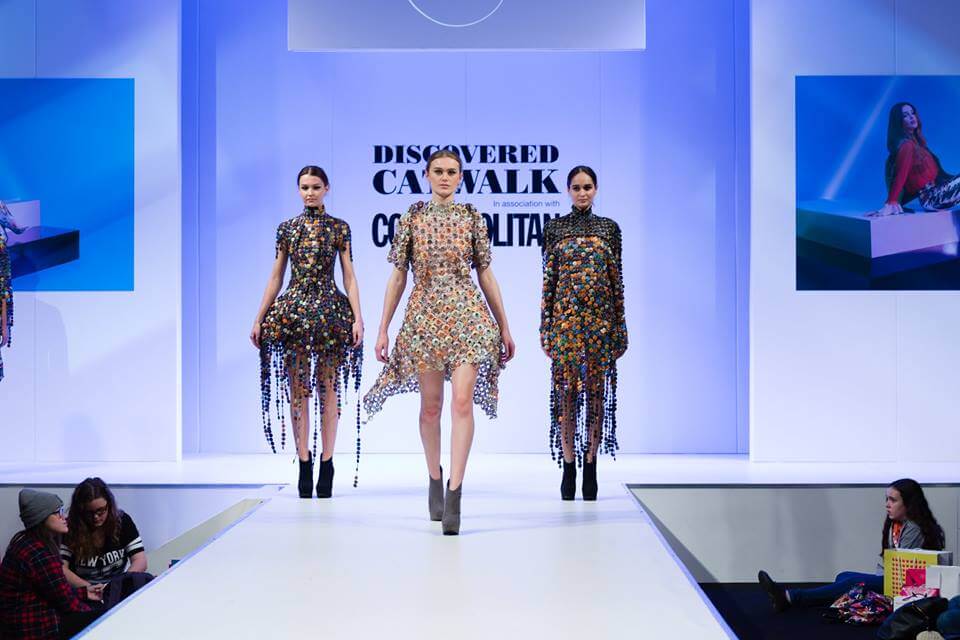 After 27 years, The Clothes Show has found a new home in Liverpool.

Set across five of Liverpool’s most iconic locations, British Style Collective is set to take over the city from the 7 – 9 July 2017 for the fashion and beauty event of the year.

Liverpool’s favourite summertime festival, LIMF, will be back for 2017!

Always a highlight of the summer, Liverpool International Music Festival (or LIMF), is a four-day celebration of new talent, big names, musical heritage and cultural diversity within the city.

LIMF welcomes artists, creatives and music-lovers to witness a programme like no other encompassing commissions, partnerships and the grand finale; The Summer Jam – billed as Europe’s biggest free music event with artists performing at Sefton Park. Back again after a successful 2016 edition is International Beatleweek.

Celebrating the music of The Beatles, the festival brings together fans of The Fab Four from across the globe. With music from around 70 bands and musicians from 20 different countries and fans from over 40; this is truly a global gathering.

Organised by Cavern City Tours, International Beatleweek 2017 will have fantastic events taking place across the city, along with live music – all day, every day!

For a better idea of what to expect, check out our preview for International Beatleweek 2016. 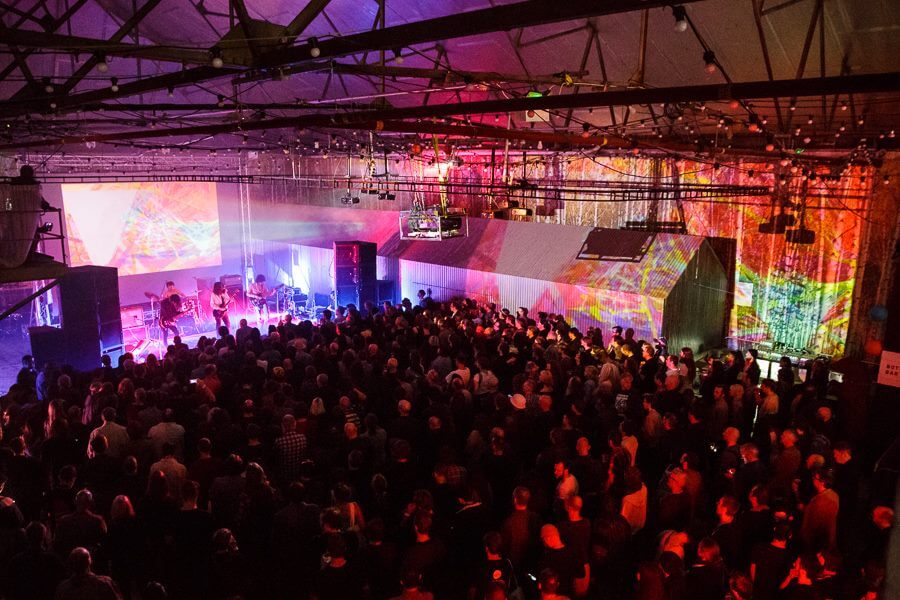 Liverpool International Festival of Psychedelia will also be returning in 2017!

After 2016’s stunning sold out event, the two-day PZYKathon once again takes over some of Liverpool’s most trendy venues including the likes of Camp and Furnace, Blade Factory and District. 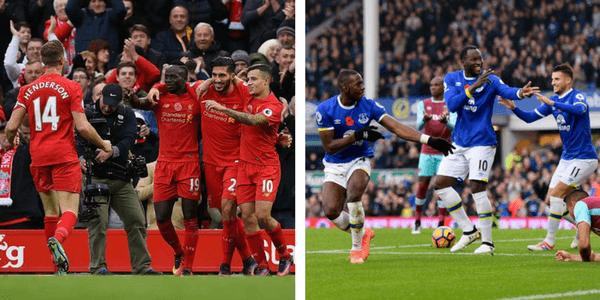 The Premier League continues into 2017, with great home fixtures still to come for both Liverpool & Everton.

Highlights for Liverpool include games against Chelsea, Arsenal, Spurs and of course – the second Merseyside Derby of the season.

While Everton has big home matches scheduled against the likes of  Manchester City, Chelsea and Leicester City.

Ticket information for all upcoming Everton fixtures is available online.

Be sure to follow our blog over the coming months, where BASE will be bringing you great content on what’s on in Liverpool and Chester.

If you’re looking for great city centre accommodation in 2017, remember to #staywithBASE 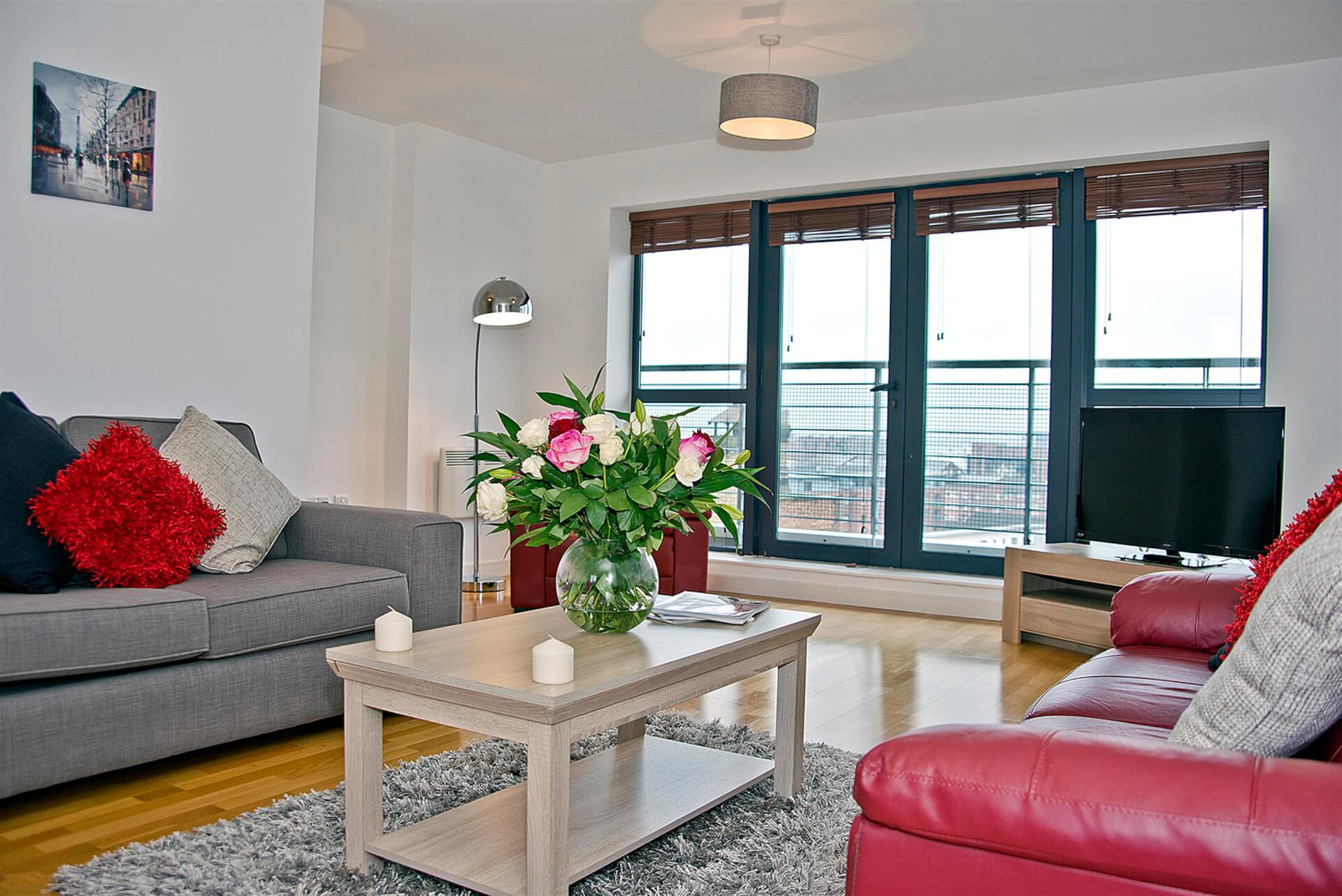 National Museums Liverpool: Read about all the great exhibitions coming to the city’s various museums and galleries in 2017.

Liverpool Theatres: Check out what theatre and variety performances will be taking place during your stay with BASE.