November 2017 is shaping up to a great month to stay in Liverpool.

Visitors can expect a whole host of fantastic events, along with the annual Bonfire Night celebrations which will certainly be memorable, to say the least.

With Christmas just around the corner, Liverpool will also be commencing it’s highly anticipated winter programme including traditional Christmas Markets, a fabulous Christmas Lights unveiling and huge Ice Festival at the Pier Head!

BASE has selected the best of a fairly big bunch, so without further adieu, here are:

21 reasons to #staywithBASE in Liverpool During November 2017 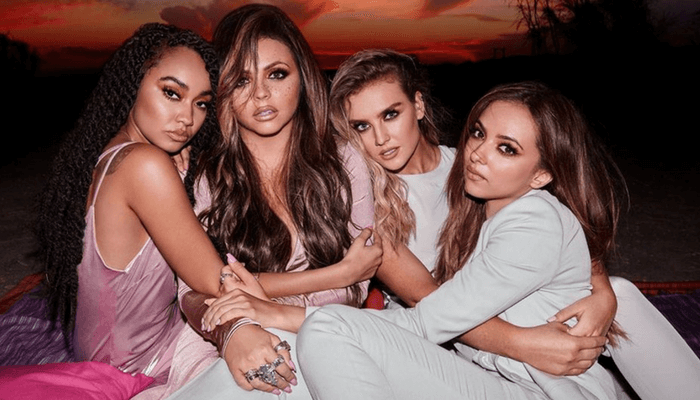 First up is the return of nation’s favourite girl group, Little Mix!

After a successful show in October, the girls have added further two dates at Liverpool Echo Arena during November 2017. 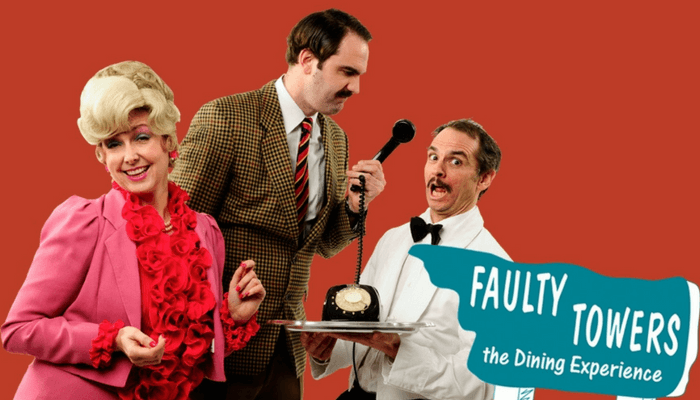 Food isn’t the only thing on the menu as Basil, Sybil and Manuel will be serving up lashings of madcap mayhem in this mostly-improvised show. Having toured all over the world to rave reviews, this is one meal that guests won’t soon forget.

Liverpool Music Week comes to an end for another year, but it’s going out with a bang!

Headlined by indie sensations Everything Everything, visitors can expect a huge, diverse line up of acts taking place across four carefully curated stages in Liverpool City Centre.

The full programme can be viewed online. 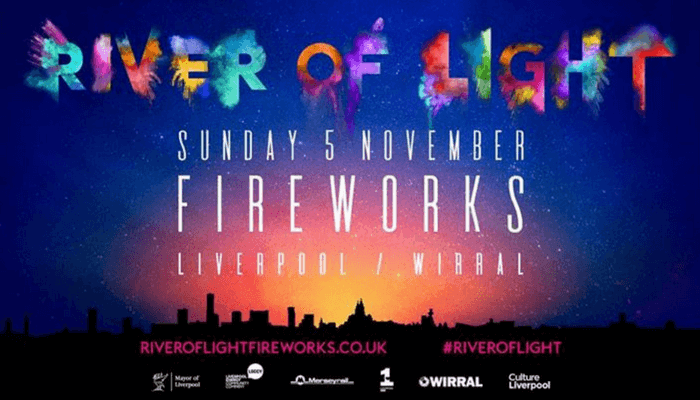 Visitors will certainly remember the 5th of November in Liverpool with River of Light.

The celebrations at the city’s world-famous waterfront will be returning for another year, featuring a brand new programme of events which promises to be bigger and better than last years event.

Head down to the Waterfront early and get a good space because this will a busy evening! 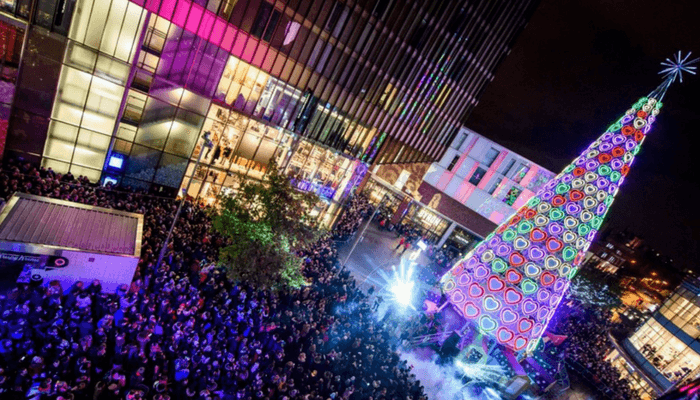 The countdown to Christmas in Liverpool will officially begin when the iconic 30-metre tree at Liverpool One is lit up at 6pm.

However, festivities start earlier in the day at 4pm with street performances, storytelling, dancing, singing and lots of special effects.

After the lights are switched on, visitors can head into Bar Hutte for a festive tipple or head on up to Chavasse Park for a host of Christmas food and drink stalls, as well as children’s attractions and rides.

Don’t miss out on this one! 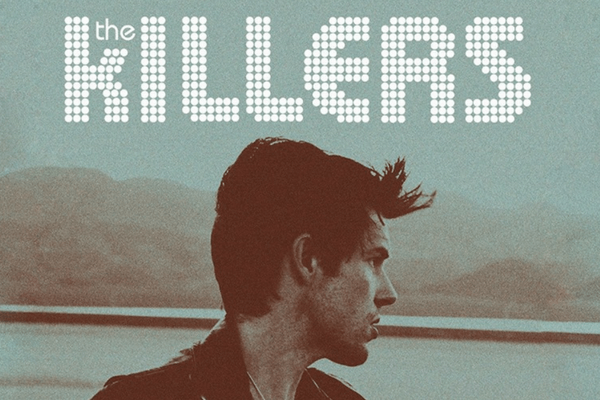 A last minute addition to this blog is The Killers.

The US indie-rock superstars have added a Liverpool date to their already sold out UK Tour. Best known for hit singles “Somebody Told Me”, “Mr Brightside” and “Human, expect this to be another sold out show so act fast! 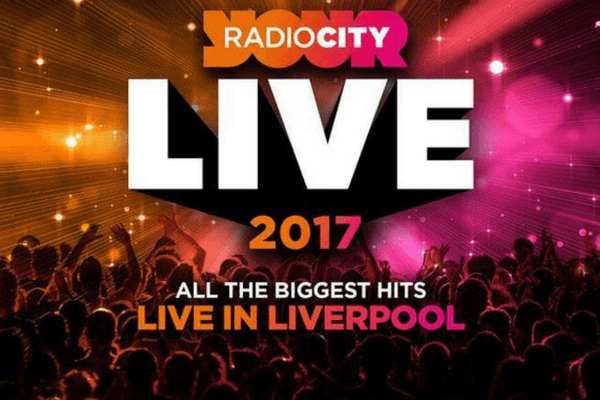 Radio City Live returns for another year in November 2017.

Featuring a line up topped by pop royalty Kesha and Paloma Faith, visitors can expect all the biggest hits live in Liverpool!

The legendary Van Morrison will be returning to Liverpool once more.

Expect all the classics from “Brown Eyed Girl” to “Gloria” when the world famous singer-songwriter graces Liverpool’s Philharmonic Hall this November. 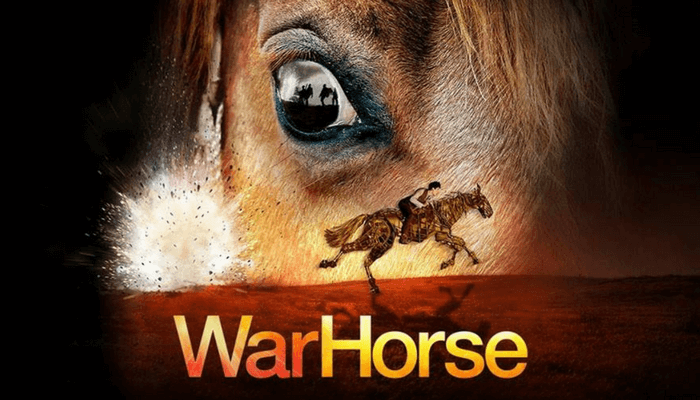 Speaking of critically acclaimed, the National Theatre’s lauded War Horse will make its debut in Liverpool.

War Horse is an unforgettable theatrical journey spanning from the fields of rural Devon to the trenches of First World War France.

Following 8 record-breaking years in London’s West End and having played in 11 countries around the world, this powerfully moving and imaginative drama will captivate audiences for a limited run at Liverpool Empire Theatre. 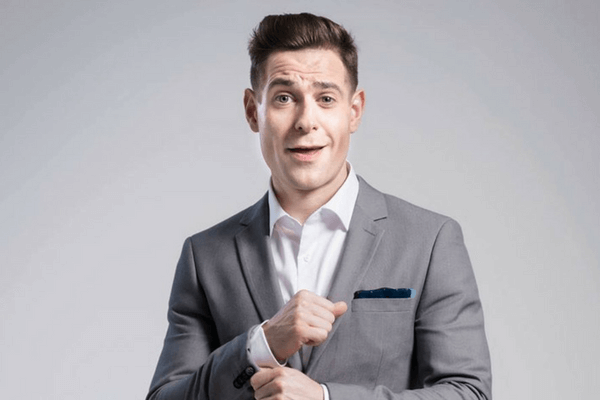 Lee Nelson has enjoyed quite the year.

Who can forget when the comedian infamously handed Primer Minister Theresa May a P45, a stunt that went viral around the world! But Nelson will be back to business (albeit of the funny kind) this November with his sensational Serious Joker Tour. 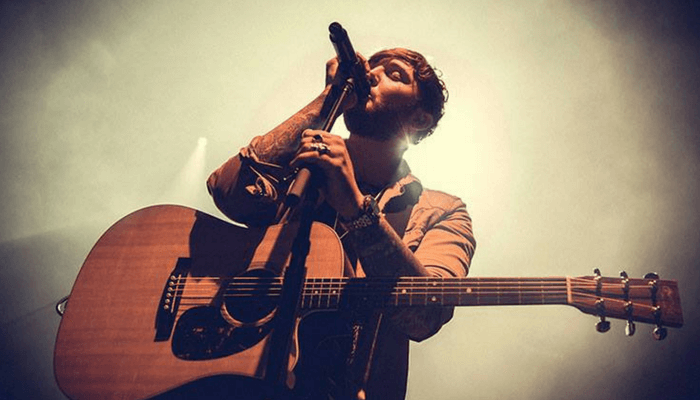 Pop sensation James Arthur will be embarking on his first ever arena tour tin November 2017.

The X Factor winner’s tour includes a stop at Liverpool Echo Arena and will surely sell fast, so act quickly if you want to secure a ticket. 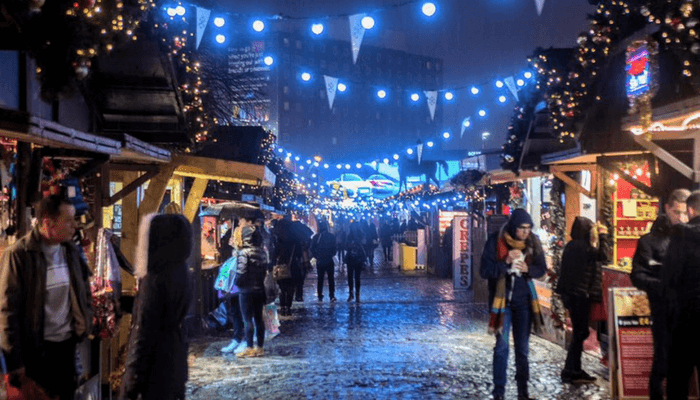 St George’s Plateau will once again play host to the Liverpool Christmas Market this year.

Consisting of over 40 traditional festive style cabins dressed in garlands and warm lighting, the sights alone will get visitors into the Christmas spirit. Featuring everything from food and drink, craft stalls, handmade jewellery and festive decorations and presents – the market will look to cater to all tastes.

In addition, there will also be a new addition this year in the form of a Windmill Bar serving traditional beers and other festive drinks, so you can enjoy a tipple or two whilst soaking up the festive ambience! 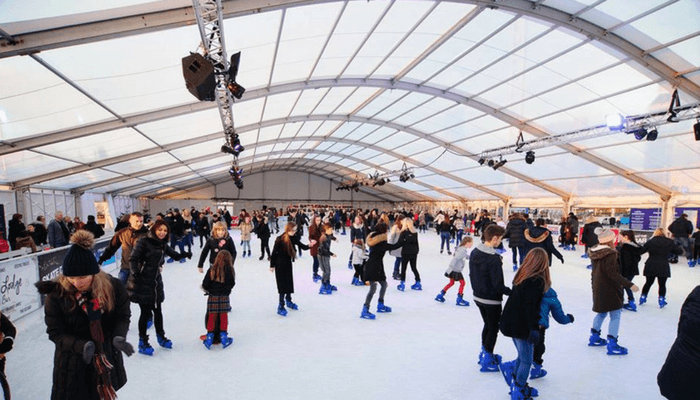 The Pier Head will be turned into a Winter Wonderland as part of the revamped Christmas Ice Festival.

Visitors can expect everything from; a super-sized triple-lane ice slide, a larger ice rink and giant Ferris Wheel, three German-style bars and a Bavarian food court serving up specialities, festive favourites like mulled wine and the second of two Liverpool Christmas markets!

There will also be an Ice Bar with a sub-zero room, complete with chairs and tables carved from real ice, and a family friendly Apres Lodge with a 200 person capacity.

It’s safe to stay, Liverpool Christmas Ice Festival will be one of the most memorable attractions in all of 2017! 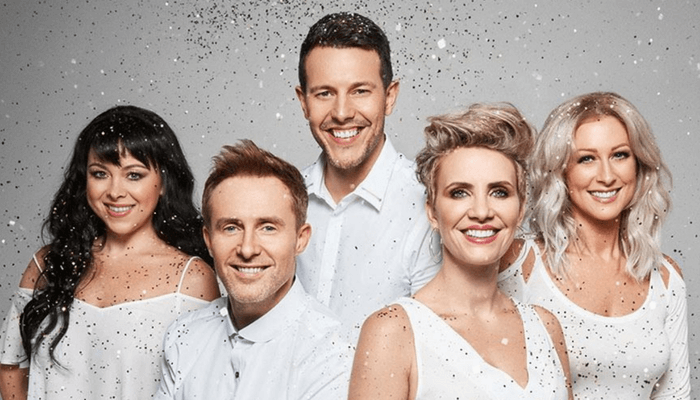 90’s pop legends Steps are back and better than ever.

The fab fivesome will take to their stage at Liverpool Echo Arena as part of a brand new UK tour marking their twentieth anniversary.

It would be a Tragedy if you missed this! 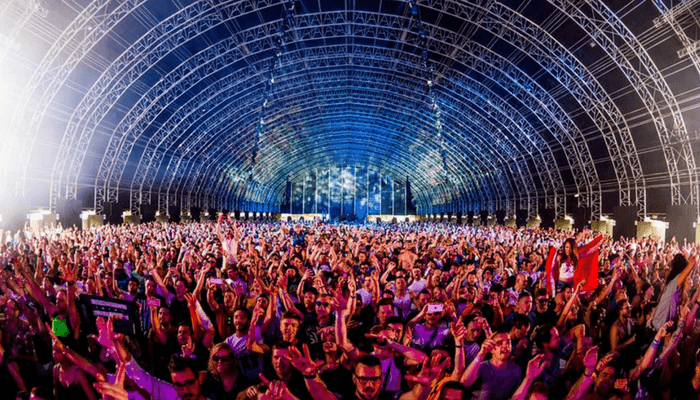 Creamfields will be bringing their impressive Steel Yard back to Liverpool in November 2017.

The 10,000 capacity superstructure is one of the festival’s most popular stages and has since evolved into its own breakout event. This year’s line up boasts performances from Armin Van Burren, Cream’s Philharmonic Orchestra and Martin Garrix. 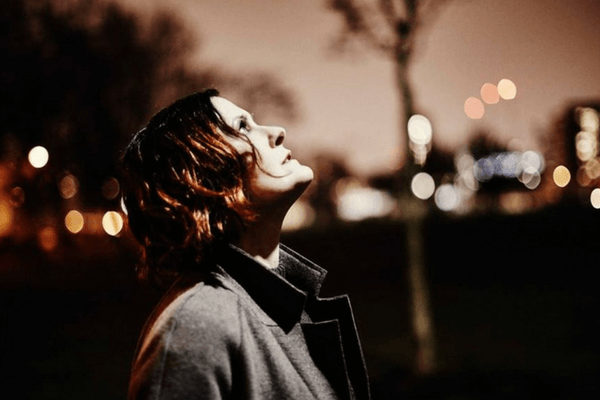 The critically acclaimed Alison Moyet has a date with Liverpool Philharmonic Hall in November 2017.

Noted for her bluesy contralto voice, Moyet was once half of 80’s duo Yazoo and has since sold a certified 23 million albums in the UK as a solo artist. 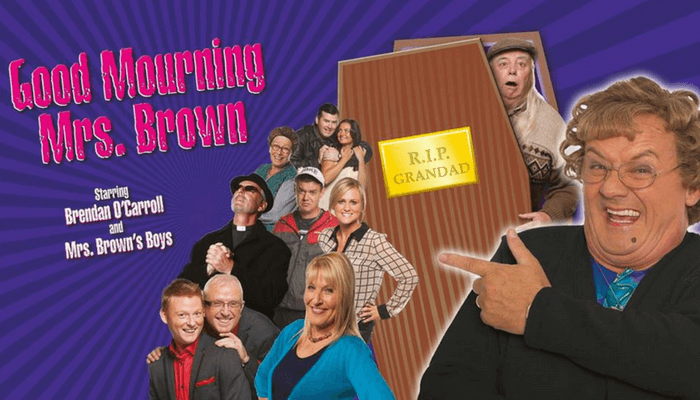 The highly successful and ever-popular Mrs Browns Boys will be back in Liverpool this November with the hilarious “Good Mourning Mrs Brown”. Recently voted the Best British Sitcom of the 21st Century, the show’s success and achievements have been nothing short of incredible winning various accolades and awards over the years. 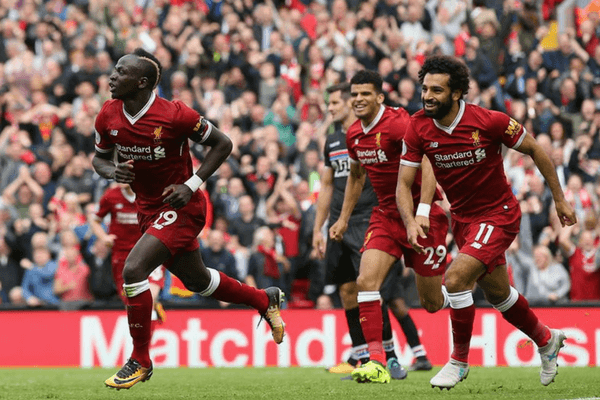 Liverpool FC have a string of home fixtures during November 2017, including a Champions League mid-week fixture against NK Maribor.

However, there is perhaps no fixture more eagerly anticipated this month than Liverpool v Chelsea. Will Klopp’s Red Men overcome Conte’s reigning Premier League Champions? We can’t wait to find out.

Book your stay for any Liverpool FC home game here. 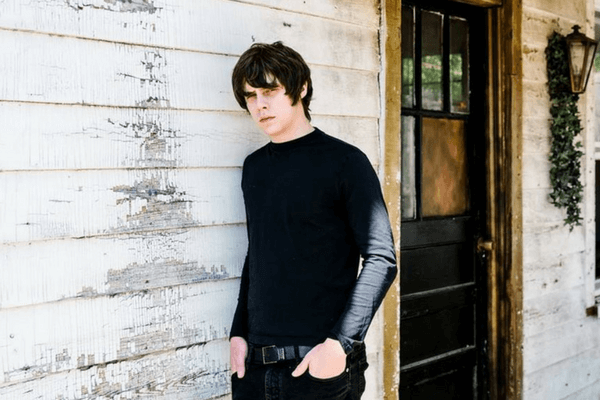 Jake Bugg will be stopping off at Liverpool as part of his upcoming Solo Acoustic Tour.

The 23-year-old singer-songwriter will visit Liverpool’s Philharmonic Hall in support of his new album “Hears That Strain”.

One of the all-time great rock vocalists has himself a trip to Liverpool this November.

Led Zeppelin frontman Robert Plant will be live and in concert with his band, The Sensational Space Shifters, at Liverpool Olympia. The iconic Plant will be promoting his latest album “Carry Fire”, which is his 14th solo album to date. Expect a good mix of solo tracks, as well as classic Zeppelin hits like “Whole Lotta Love”. 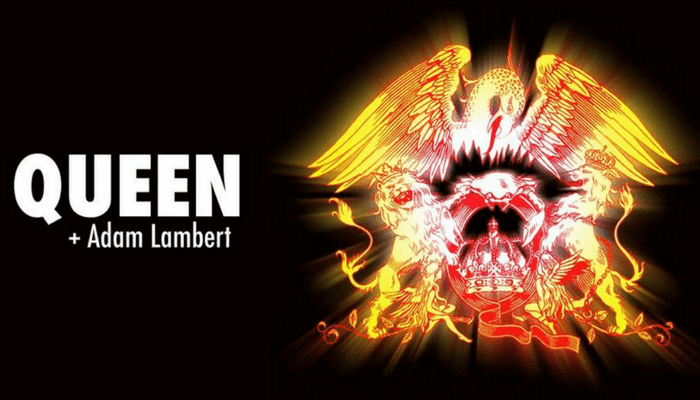 Finally, we have the almighty Queen!

Surviving members Brian May and Roger Taylor will be joining forces with American Idol’s Adam Lambert to bring audiences a specifically designed start of the art show and production. Coinciding with the 40th anniversary of Queen’s  “News of the World”, visitors can expect a set acknowledging the album which yielded iconic anthems “We Will Rock You” and “We Are The Champions”.